What Is Karma? How Does The Law of Karma Work? | Law of Attraction Video

Watch this video to know – What is Karma? How Does the Law of Karma Work?

We keep getting emails where many of you ask questions like ‘What’s the meaning of karma?’ ‘How Law of Karma works?’ ‘Is the law of karma all about giving and receiving?’ ‘Or is it all about cause and effect?’ ‘Is karma all about action?’

This video will answer all your questions about the law of Karma. And you will listen to the best Karma Story told by Buddha that I have shared in the video.

The Origin of Karma or Law of Karma

The word Karma comes from Sanskrit. From the ancient times, the concept of Karma is very popular in Indian civilization. Anyone who is on a spiritual or personal development path must have heard of karma. Everyone on a self-transformation journey from around the globe must have read about it.

Karma is very popular especially in eastern spirituality or eastern philosophy. And the law of Karma the core of Hinduism, Buddhism, Jainism, Sikhism, and Taoism. And there are many concepts in Christianity which are very much relevant to the law of Karma.

The Law of Karma originates from the Hindu scripture Bhagavad Gita. In Mahabharata war, Lord Krishna explained the law of karma to his disciple and great warrior Arjuna. The discussion between Lord Krishna and Arjuna on all aspects of life including the law of karma has been documented in the book Bhagavad Gita. Ever since it has inspired people from all walks of life to understand their life from the perspective of Karma.

Watch the video to understand it clearly.

What is the meaning of Karma or Law of Karma?

The literal meaning of Karma is Action. But actually Karma is not just about physical action and it’s more about the intention you have.

The core principles of the law of Karma is ‘Cause and Effect’ or ‘Give and Receive.’

As per the principle of the law of Karma, whatever you give, you received, whether it’s positive or negative. Whatever you sow, you reap and any cause has always an effect.

Most of you know about karma but you too have many misconceptions about the law of karma. That’s why in this video, I have given you a comprehensive understanding of “What is karma?” and “How does the law of Karma work?”

In this Law of Karma video you will get clarity on the following points:

– What is the meaning of karma?
– How does the law of karma work?
– What’s the origin of the law of karma?
– What is the concept of karma in spirituality?
– What is the karma in eastern philosophy?
– What are the misconceptions about karma or law of karma?
– Why do bad things happen to good people?
– What is good karma and bad karma?
– Does karma mean only physical action or something else?
– What did Buddha’s student ask about karma?
– What did Buddha say about Karma?
– The best Karma story told by Buddha
– Karma and the philosophy of giving and receiving, cause and effect and sow and reap
– The Core Principle of Law of Karma that you must remember
– Your karma relationship with the Universe.
– Why shouldn’t you worry about other’s bad karma?
– Can you get your result of good karma instantly or will it take some time?

If you find this video useful and if this video has cleared your understanding of Karma then share this video and subscribe to our YouTube Channel.

Next post will be on the most discussed topic: Law of Attraction Vs Law of Karma.

Always have a positive intention and take inspired action to earn Good Karma and live a joyful life.

Ajaya Mishra is an Internationally Renowned Success Coach, Writer, and Speaker. He is India's No.1 Law of Attraction Coach and popularly known as ‘Awesome AJ’ among his friends, clientele, and followers for spreading awesomeness in their life through his path-breaking techniques in Law of Attraction, Subconscious Mind Programming, and Success Philosophy.

Learn How The Law of Attraction Works and How Can You Use It? (It's FREE) 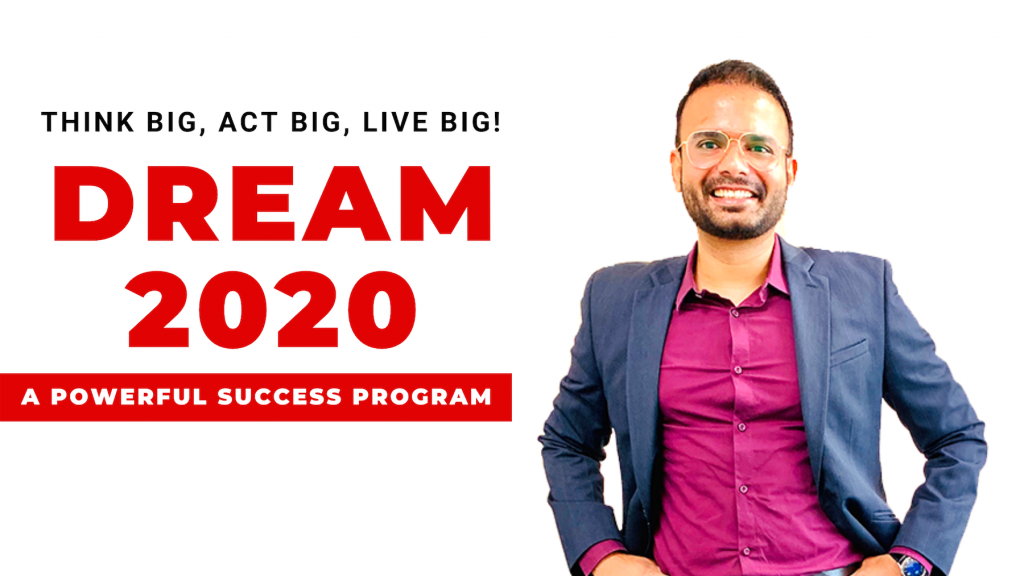